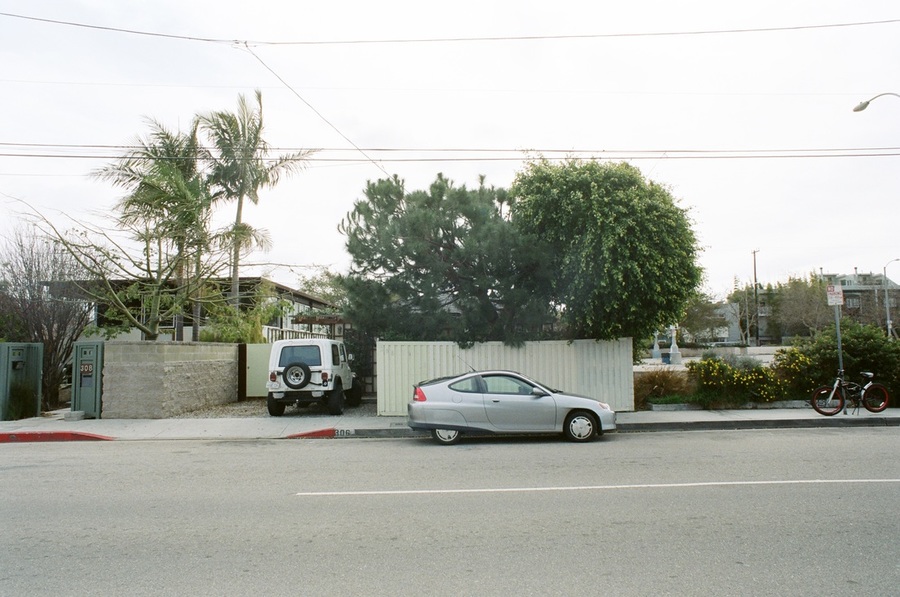 306 N. Venice Blvd., Venice, CA 90291 (photo taken in 2008)
My family lived in this house for the majority of the 1960s. They moved in the early 70s, on the eve of my birth. They were here when my uncle, Forrest Lee Ramos, was killed in Vietnam in the summer of 1967. Originally from the small town of Wapato, Washington, he was living here with my parents and older brother when he received his draft notice in the spring of 1966. 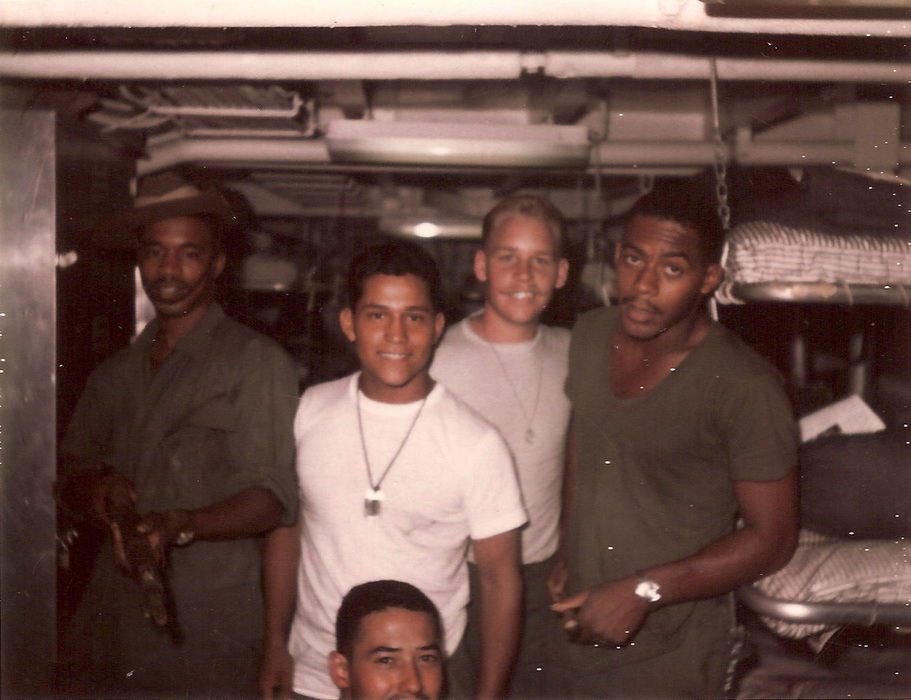 Forrest Lee Ramos (2nd from left) with fellow 9th Infantry Division soldiers, Vietnam, 1967
In 2008, I created a piece entitled, Motown Took Us There and Motown Brought Us Back* that dealt with the collective familial grief of this event and its ramifications over time. I filled a gallery with 500 sandbags. I collected songs from the soldiers that served with him and were present when he was killed. Music these veterans specifically remembered from their time together in Southeast Asia. This audio archive of over 100 songs played in the space. 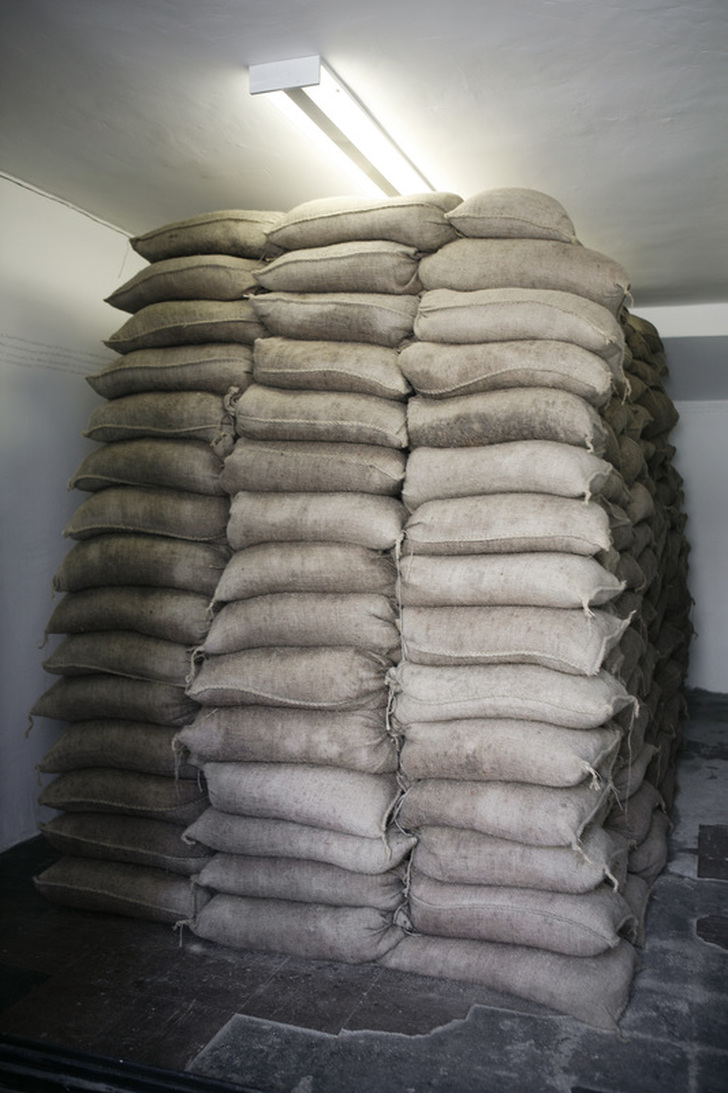 Motown Took Us There and Motown Brought Us Back
Installation (with performance and sound), 2009, dimensions variable

If possible, I would recreate the piece within this home. I would fill sandbags with sand from nearby Venice Beach (which is one block away). I would put an audio system in the middle of the house and pack the existing space, floor to ceiling, with these sand-filled bags, until the whole of its interior was completely occupied. As a result, the doors would be unable to open and the windows would have bags pushed up against their glass. Architectural horror-vacui. In keeping with the homes look from that period, I would remove the fences and the trees and anything else that has been added to the outside of the residence since that time. I would also paint the exterior of the house its original color, which (according to my mother) was light green.

The music within the space would be at full volume and played on a loop. It would never stop. Hopefully the sandbags would act as a type of sonic buffer, so that only a distant, faint, muffled sound would be heard from the sidewalk as pedestrians walked by. There would be no reference (signage or otherwise) that would define this intervention as an art piece. It would quietly exist as a permanent memorial to that era, to my deceased uncle and his fellow soldiers, to the then marginalized, working class barrio of Venice, and to my family and their time spent living here all those years ago.

*Motown Took Us There and Motown Brought Us Back was curated by Natilee Harren and was presented at Crisp London/Los Angeles from September 26th-November 1st, 2008.

Vincent Ramos is an artist from Los Angeles. He received his MFA from the California Institute of the Arts (2007) and his BFA from Otis College of Art and Design (2002). Recent exhibitions include, The Parable of Arable Land, If I Had a Hammer, The Wilhelm Scream, Conduit, Dallas (2015) Plum Pudding Peanut Island (Gilligan’s Squaw Fire Island II), Elephant, Los Angeles (2013), In the Good Name of the Company, See Me Gallery, New York (2013), Made in L.A. 2012, Hammer Museum and LAXART, Los Angeles (2012), Pachuco Cadaver or There Are No Heavies in America, Las Cienegas Projects, Los Angeles (2011), and Outsider Art: Others from Elsewhere Doing Something Altogether Different…Sort Of, 18th Street Art Center, Santa Monica (2011). He lives and works in Venice.