This work began as an untitled document called “Document 7” on Word in my MacBook Pro
(13-inch, Late 2011). On the right side of “Document 7” is an image of Barbara Kruger’s
work I googled. Across her face, except on her eyes, states:
Who does
she


Outside the face is a red border framing her.
The red is wider at the bottom.
On top on a slant line on white on red it says:
It’s time for women to stop being politely angry. 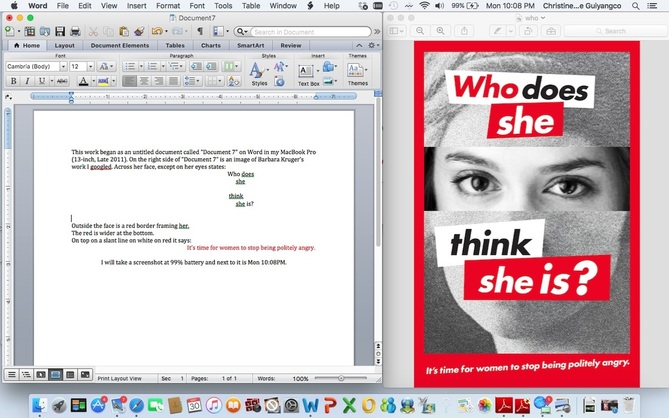 I took another screenshot as an image I will submit for ourprimeproperty.org. The last two
sentences on one of the paragraph of the prompt emailed to me was: I am asking artists
to Photoshop/collage/video tape etc. and/or write about an already existing
artwork in a specific ideal location-its ideal final resting place. FOR AHC- I am also
requesting you situate your work next to your favorite feminist/Artist.   You can
interpret that anyway you want. 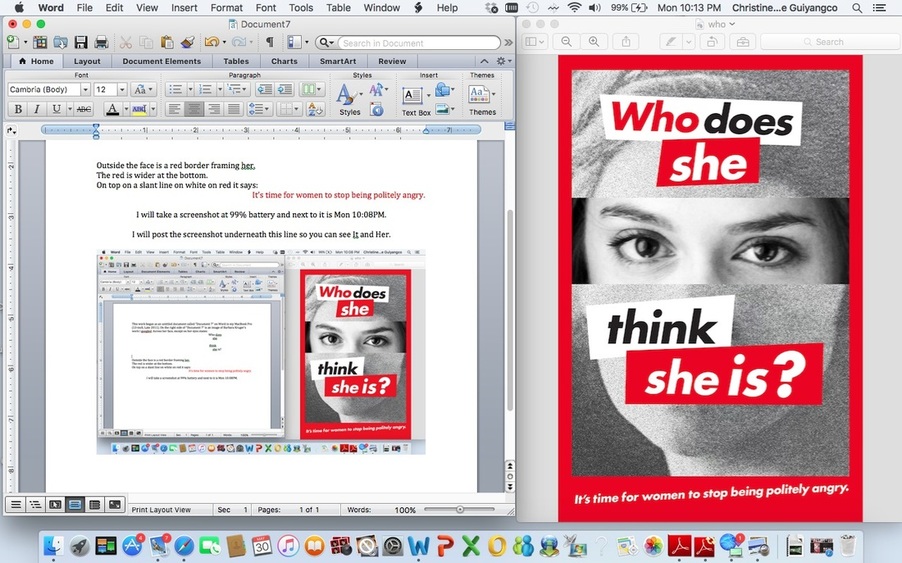 This work is continuing as Document 7. I decided It after I wrote the last sentence above. 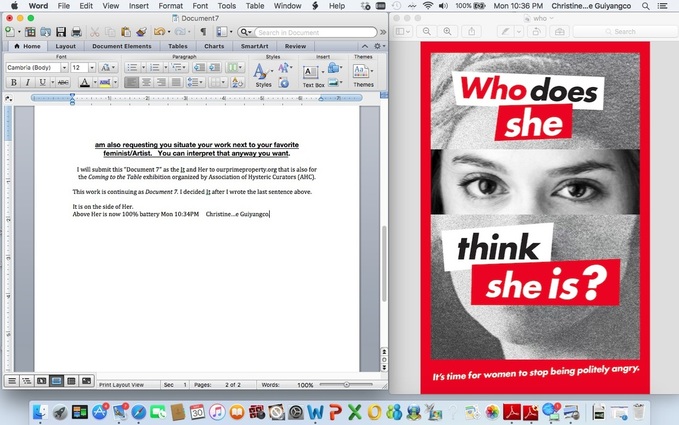 I took another screenshot as an image I will submit for ourprimeproperty.org. 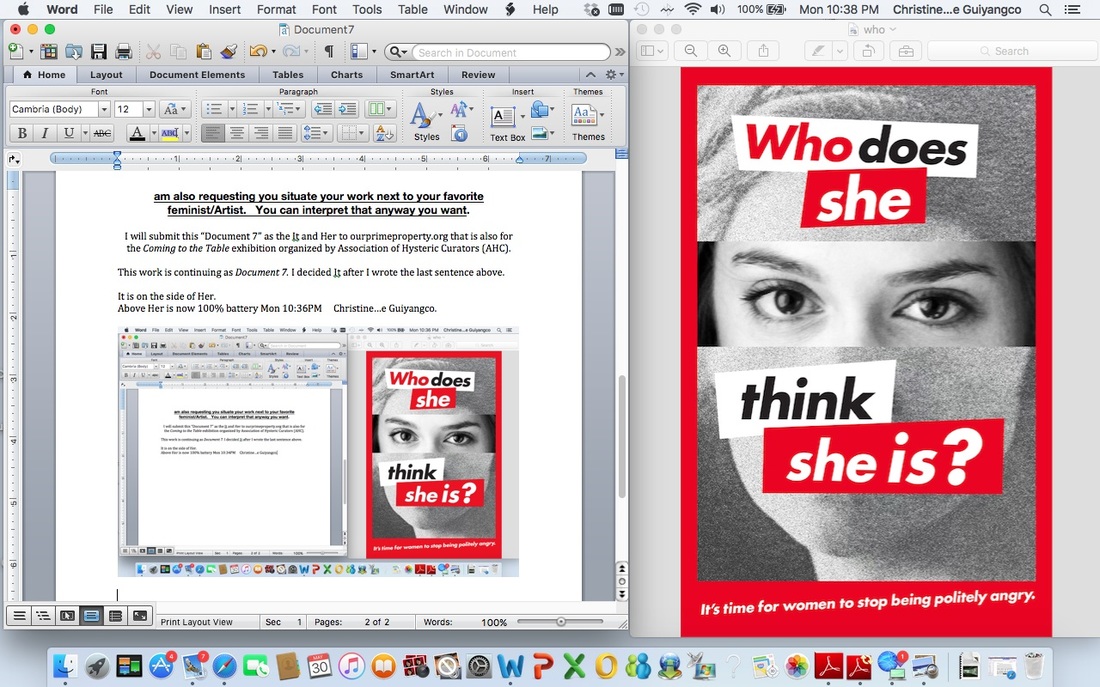 (image submitted to ourprimeproperty.org)
Her is Who does she think she is?
It is Who does it think it is?

Her is American New Jersey United States.
It is Filipino Luzon Philippines.

Her is a googled image after typing “Barbara Kruger”.
It is made after Her googled Word opened Document 7 seen then Document 7 written.

Christine Dianne Guiyangco is a Los Angeles-based artist.  She was born in the Philippines in 1992 and moved to the United States in 2001. Guiyangco actively works in a range of fields including performance, painting, writing, installation, video, and sculpture. She has exhibited in Space B Gallery, PØST Gallery, UCLA Hillel, New Wight Gallery, and Charlie James Gallery. In 2014, she graduated with a Bachelor of Arts at the University of California Los Angeles. While studying at UCLA, she was the recipient of UCLA Art Council Undergrad Project Award four times, the Resnick Scholarship Award 2012 to 2014, and was selected by the Department of Art faculty to be the 2013-14 Department of Art Undergraduate Representative.
A.H.C