Considering Barack and Michelle Obama’s inclusion of modern and contemporary work by artists such as Mark Rothko, Robert Rauschenberg, and Glenn Ligon in the White House, I would like to propose that the White House acquire and permanently install video work by all four performance artists who came to be known as the NEA Four: Karen Finley, Tim Miller, John Fleck and Holly Hughes. Additionally, I would like to encourage the White House to acquire Andres Serrano’s Piss Christ and several works from Robert Mapplethorpe's controversial 1988 exhibition The Perfect Moment. . The exhibition of this work at the White House would act as a direct reminder of Ronald Reagan’s and Congress’ dismantling and defunding of the National Endowment of the Arts (NEA).
- Malisa Humphrey 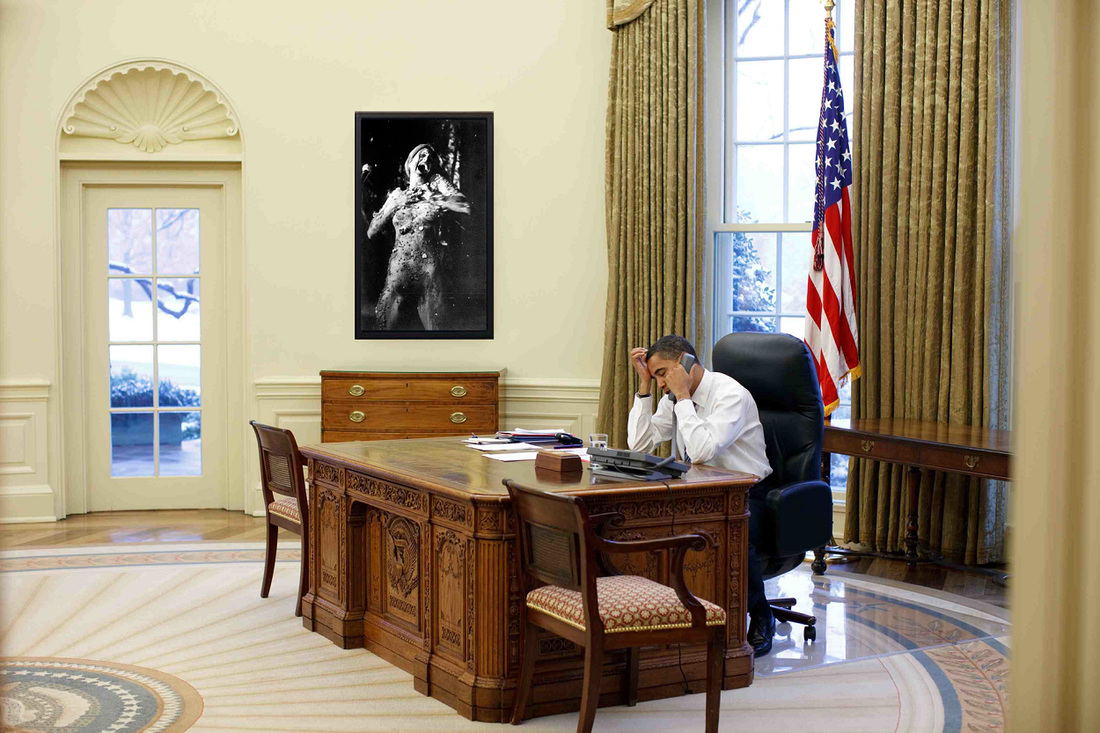 Karen Finley, We Keep Our Victims Ready, 1989. On view in the Oval Office. 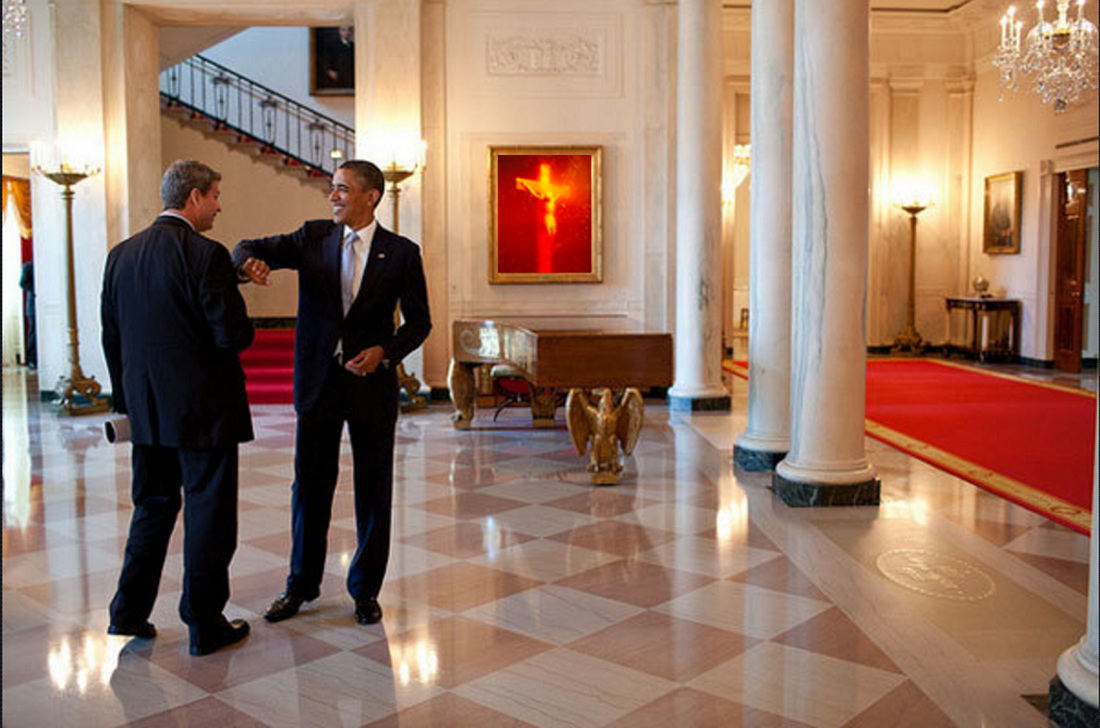 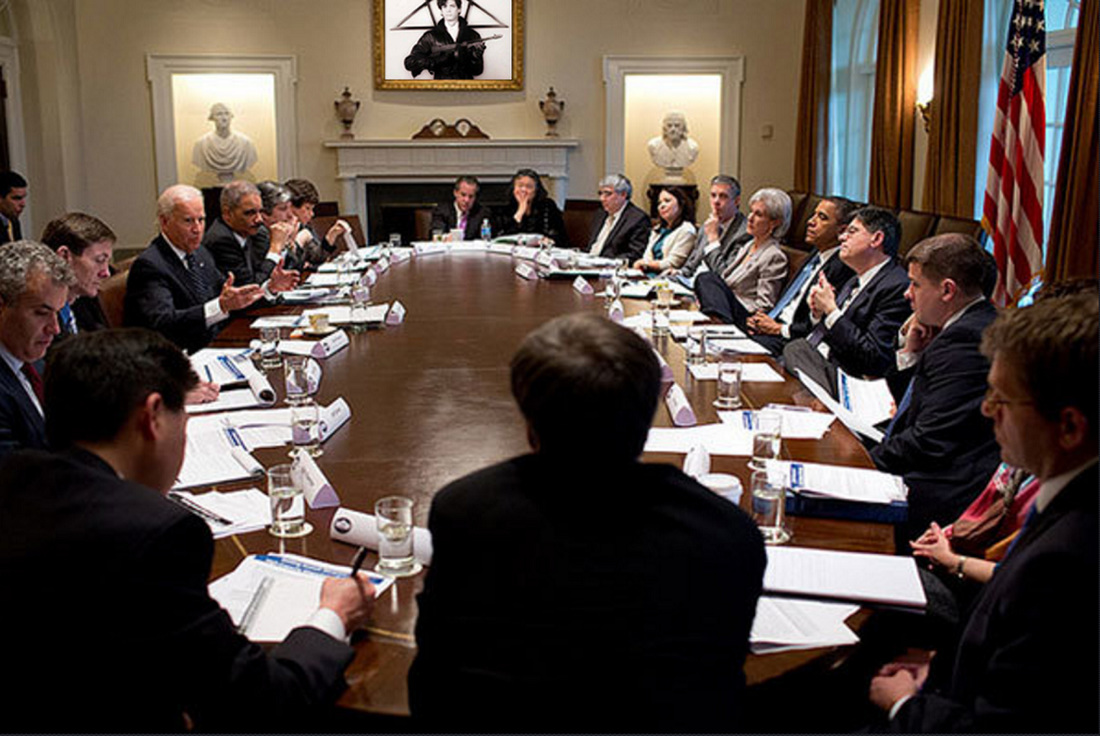 Robert Mapplethrope, Self Portrait, gelatine silver print on paper, 24"x 24", 1983. On view in the Cabinet Room.