My work exists between the worlds of reality and remembering. It is the catalyst that connects me not only to my ancestors, but requires that I remain accountable to and aware of the times in which I live. My work (much of it performance) is ever floating – always in continuum, in motion. And so my box of works would float from space to space, existing only in the now, with the possibility of being forgotten with time.

The magic of history is its ability to resurface. This is the essence of how my work lives, just as is true of my ancestors before me. My work may pop up in an old public school library or surface in the backyard of a broke-down house. It lives through the voices of the young women who will come after, who read aloud my found poems in a small cafe on a rainy cold evening in an unknown town. My film work may appear at a silent film screening where Black Like Her is projected by high school teenagers discussing the Black Feminist Movement. It is given the chance to breathe. To be hated or loved, or both. It is even given the opportunity to be lost within the halls of chattering students...

The work is always seeking a home – a form of stability. It lives as a virtual time capsule that may include a short film, a poem that’s a list of names of unarmed black women killed by law enforcement, and the found photo of an unknown black woman I purchased because I felt I could have known her. She has made way for this work to exist now – in many ways she is the work... that ability to out-last time, to exist years after anyone will remember your name. And maybe, just maybe, the virtual time capsule and its contents gives a glimpse into where I was in my work, and what opened the door for all to come after. 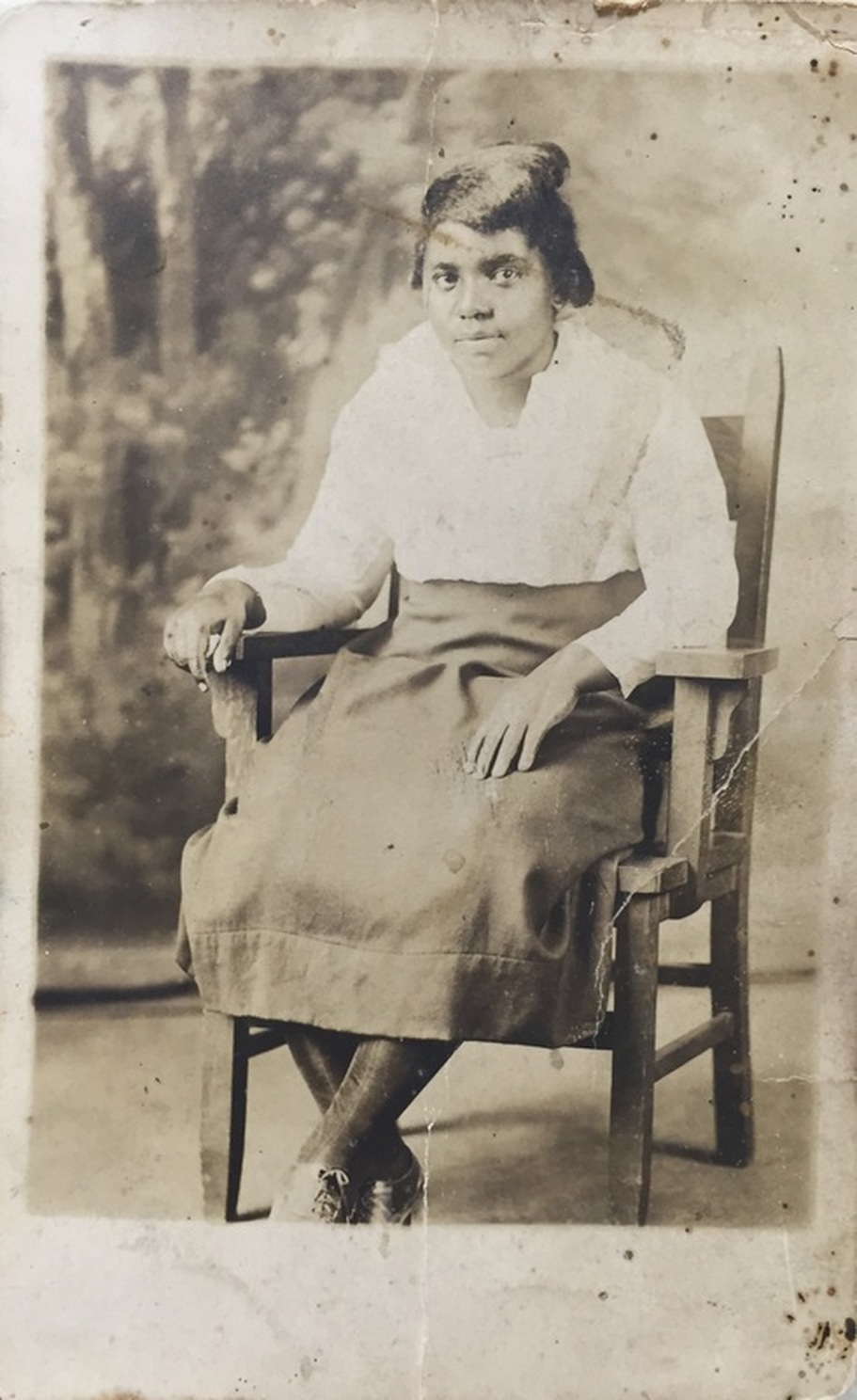 Found photo of an unknown black woman, who's made way for my work to exist
Constance Strickland is an actress, writer, producer and director. She is best known for creating physical dance theatre pieces using gestural body movement and human sound as the main vehicle to explore what it means to be human, writing with the body as the main landscape for exploring the complex realities of the lives of women. Her short film Dear Nina was awarded the jurors’ choice award at the Women of African Descent Film Festival for outstanding achievement, and her play HerSheMe was a Best of Fringe 2013 winner at the Hollywood Fringe Festival, while her play, Chitlin Blues': Dancing in the Grey was nominated for Best Physical / Dance Theatre at the Hollywood Fringe in 2014.

Constance began Theatre Roscius as a place to create experimental works focusing on relevant social issues  -.constant themes in her work as an actress, writer and dancer. Constance has been seen in Dara Friedman’s RITE & Play presented recently at Gavin Brown’s Enterprise in New York, Migros Museum in Switzerland, the Hammer Museum, and the Kayne Griffin Corcoran Gallery in Los Angeles. Constance’s Theatre Roscius film projects have included producing and starring in the short film Black Like Her and Dear Nina in collaboration with Sunday Kinfolk. Her current works include a short film triptych Out of the Dark / Into the Light, Illusions of Beauty & Pieces of Her, shot on 16mm and Super 8, along with a new theatre piece Medea: A Soliloquy, premiering this spring. She hopes to continue to collaborate with a wide variety of artists from various disciplines to dig deeper into what it means to be human.