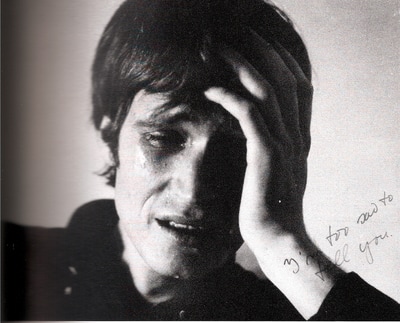 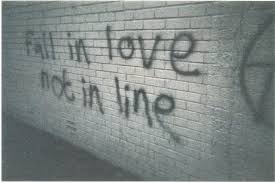 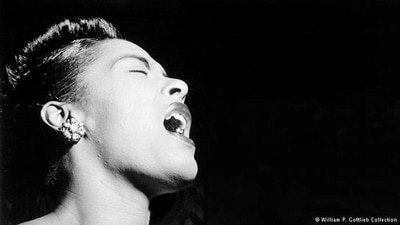 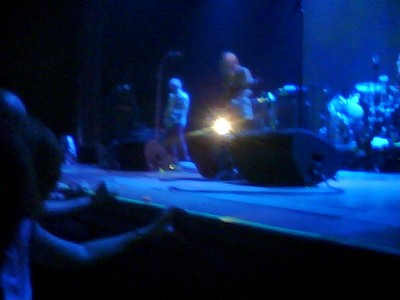 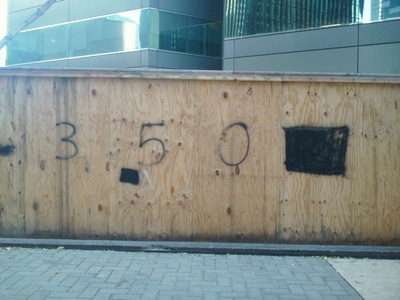 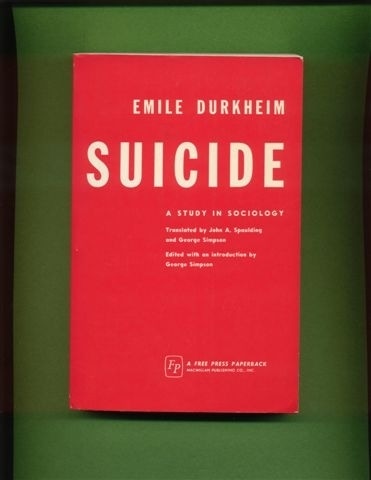 “NO!”—a statement (2013-15)
Resistance begins with tears. We need to feel the loss of that which we know to be right in order to be called to act. So much of what we cherish is lost. Now is the time to affirm another possibility for being in the world. We live by resisting. We find ourselves in search of the particularities of place. The struggle continues every day. Resistance takes place in the everyday.
I begin my own desire to make art with a burden. Even though my vision is impaired I reject that burden. I am open to the sense world of time. I feel responsible to do more than add to a sea of commodities and attractive pleasures. I feel responsible to my artistic forbears, my teachers, my community and my students. My work as an artist is now the accumulated testimony of addressing a specific audience; listening to my body and placing this work in the proper place. I am a listener and a speaker. I speak through my history, my senses and my duty to others.

The process begins in hand. The act of the hand initiates contact with others.  Works of art need to be much more than expressions of technique. Markets desire a kind virtuosity that draws attention and asks to be consumed. Craft and skill impresses viewers and allows them easy access to the illusion of contact with the artist’s inner life. The veneer of skill signals the viewer that expectations can be met in a reassuring, comforting way. Art must struggle to move beyond the expression of skill and beauty. We need an art that unsettles and challenges an audience’s sense of time and rationality.  Cultural production must continuously move beyond expectation in order to surprise and unsettle. The extension of art to new territory must, however, still be done while honoring the work of the past. Mere novelty is not the goal.

At present, art making has been challenged by diluted expectations and casual attention. The denigration of history has led to a shallow, quiet art struggling to be heard in a vast field of entertainment. So I begin with the stories we have all been given and root around--digging for the lost remnant of a radical urge; hoping to rescue its potential for agitation. The hidden core of danger must reveal itself slowly. The irritant lodges in the brain of the receiver and begins the process of thinking. 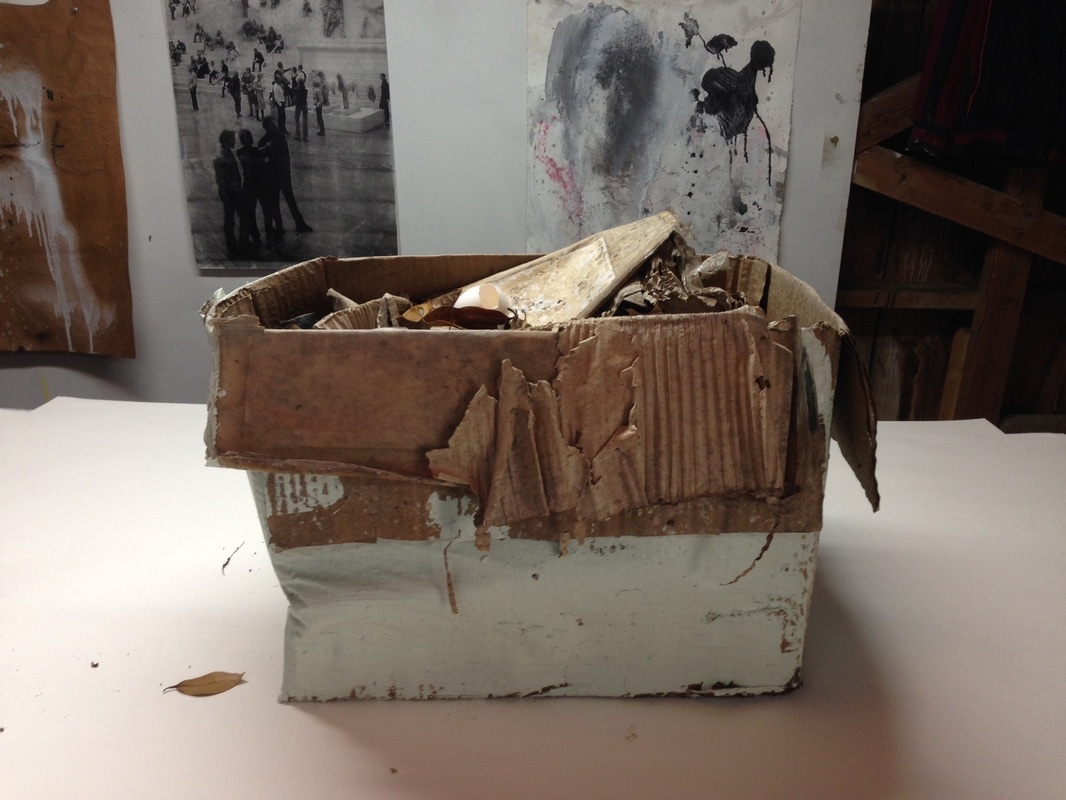 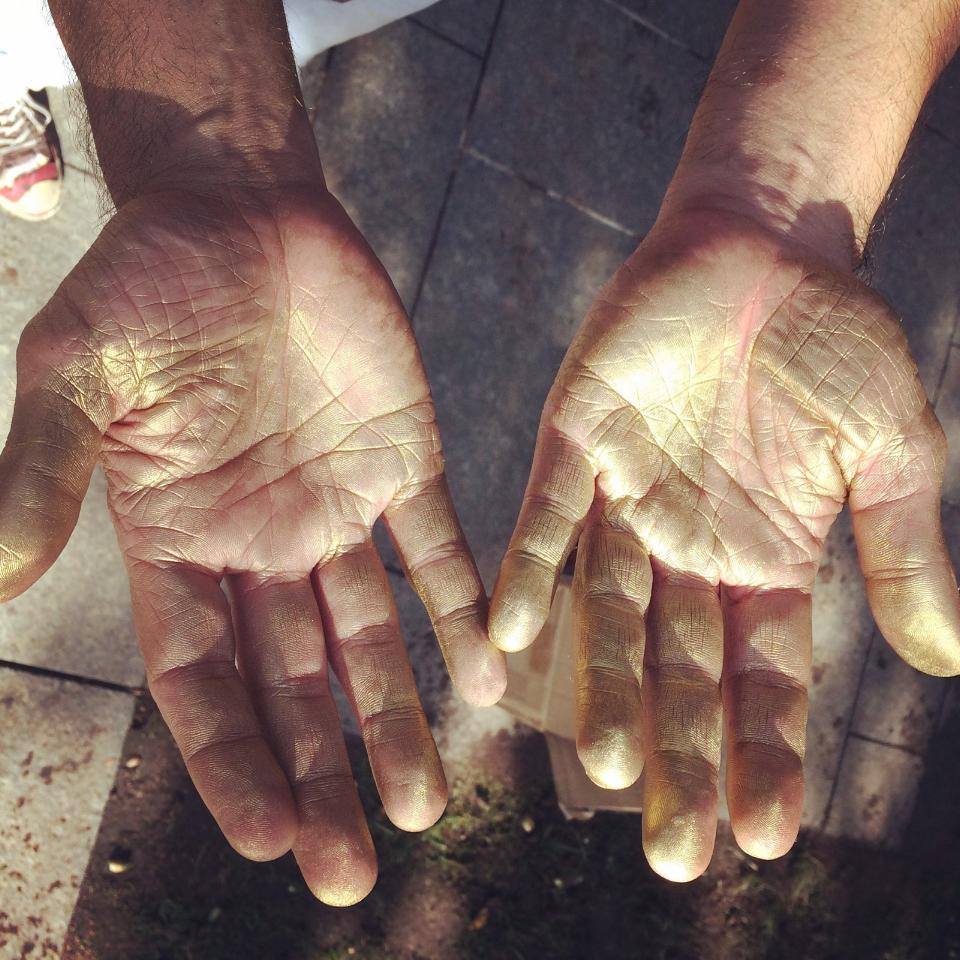 The hand wipes away the tears. Beginning to survey the field of our present we start to realize how much has been lost. The process of rebuilding requires us to be vigilant against the forces of compromise. It is important for artists working today to read culture critically in order to be able to position their work against the particularities of the work’s placement. Art making begins with a refusal. Art must brush against the grain of reassuring stories and build a new narrative of disjuncture, displacement and de-familiarization. This is the trauma of loss.

The impact must be through the body itself. The works of art should inhabit the viewer’s space not as decoration or ornament—something there to be forgotten. Rather, it should act to agitate and disturb; rousing a sense of estrangement and alertness. The political emerges from the emotions—from the experience of loss and longing. A longing for a time and place of truth. Works of art can guild that truth by changing the experience of the everyday in such a way that viewers recognize their own complacency. The call for engagement is signaled in the force of the gentle disturbance within the frame. Audiences are used to attempts to shock or grab their attention with novelty and clever design. It is the work of the artist to engage in a subtle insinuation into the emotional life of the viewer in order to remake their sense of security. Viewers block themselves from overt messages exhorting them to act—they are too fatigued by the onslaught of consumable information. Artists must act subversively: altering audience expectations, resisting compromise and avoiding the needs of the market. Markets expect permanence, consistency and reliability. Works of art should reflect the unsettled, dismantled world in which we live. 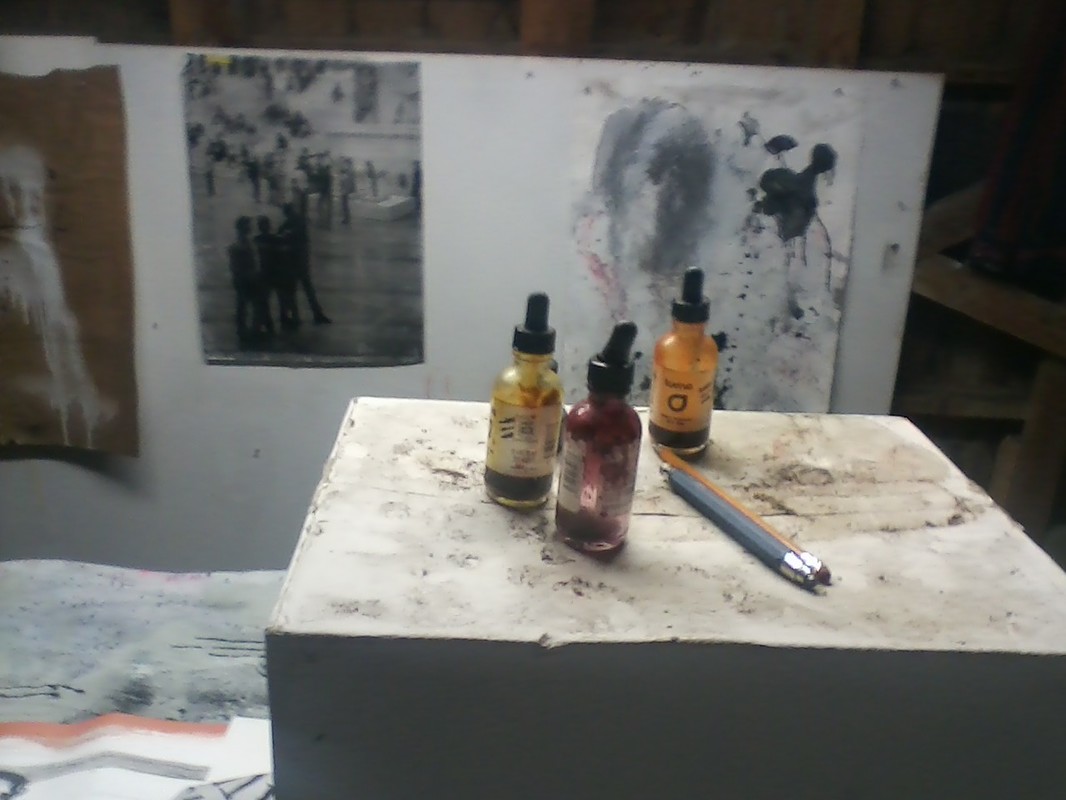 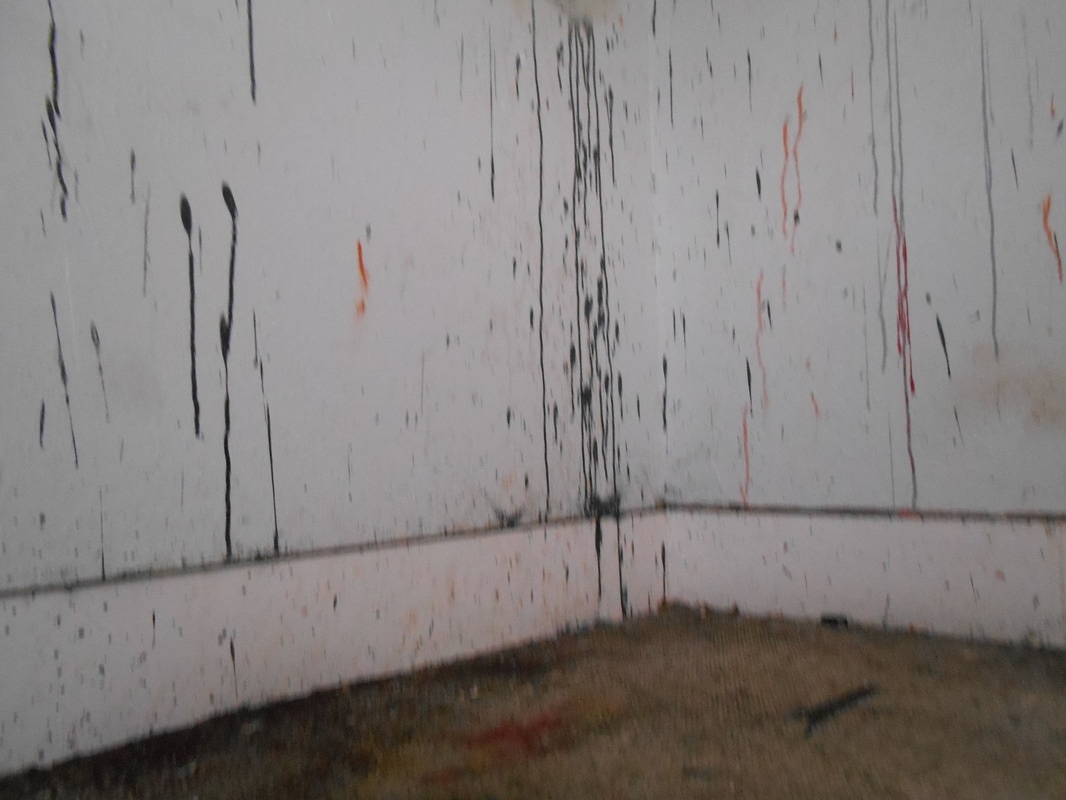 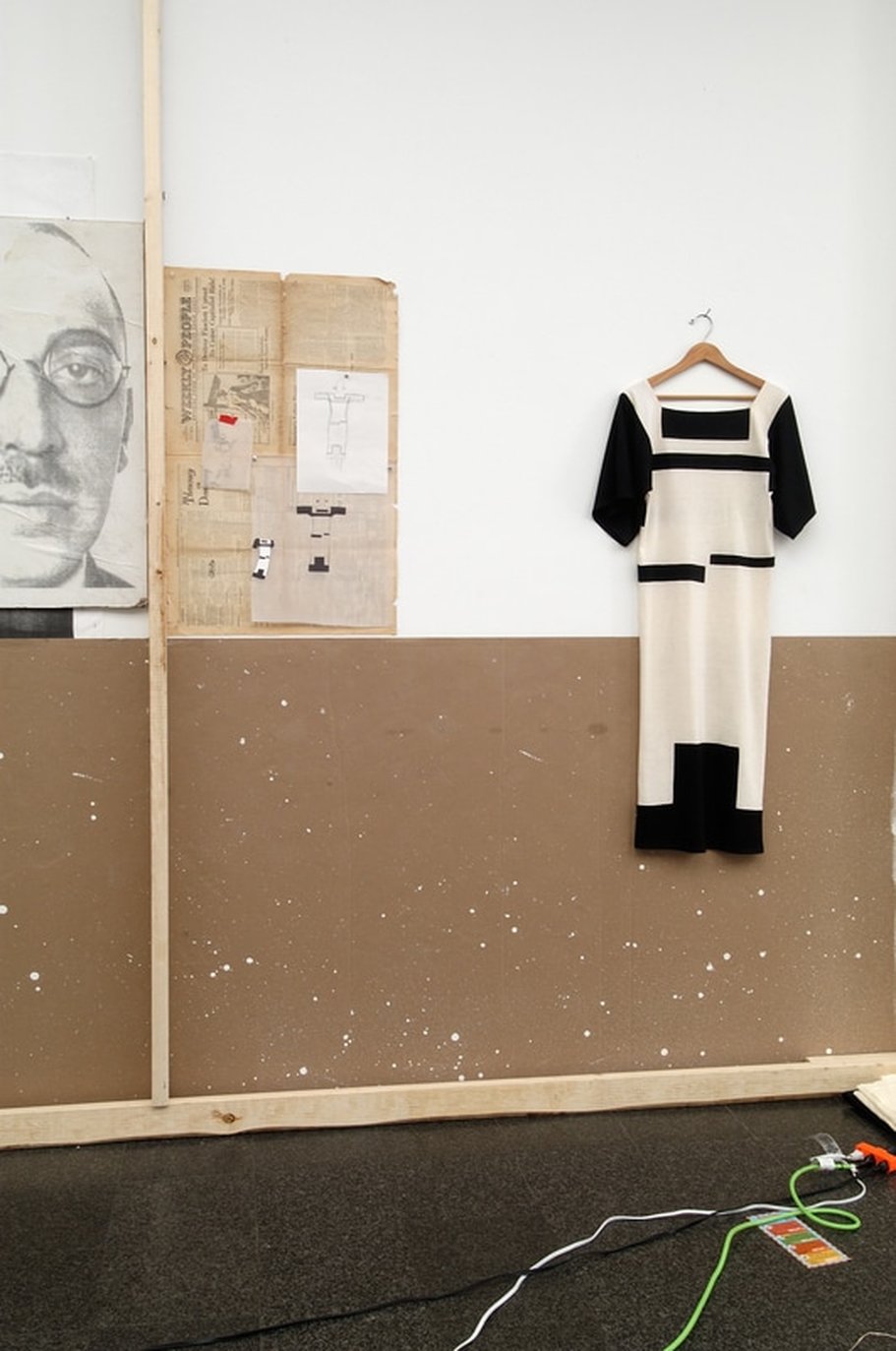 The hand does not resist touching another. We must face each other openly and without turning away. The hand extends itself freely. Touch itself opens the world to us directly. We are conditioned to look first. We make decisions through sight and construct narratives through visual operations seemingly without precondition. Yet our visual field is fraught with static and noise from the brains of others and creates a dense layer of interference that prevents actual perception. Too often we see the things we want to see rather than the actual truth of what is before us. Expectations and assumptions preclude the free apprehension of physical fact.

Works of art act to strip away that preconditioning by startling the audiences to see their surroundings in a new way. By refusing to repeat conventional forms of art making and seeking new conditions for freedom artists can make a new place for discussion. Art is a social act. We lead viewers to consider new events and experiences as possible within the field of culture. The exchange of ideas and sensations expands the field of potential for a free encounter with another. We see our fellows in a new and open way as well. The gift of caring for another is felt in the touch of the other.

As a blind artist I rely on the memories of the powerful works of art I have encountered and hope to extend their life and force by retaining the core of radically inherent in the most resistant works. Each memory carries with it the duty to live in the alertness of the present. The social act we enforce by extending the boundaries of the art experience necessitates the respect of our audience. While maintaining a position of difficulty and stubbornness artists must still remain open to discussion, listening and attention to the particularities of place when exhibiting works of art. These works need not, however, promise permanence or explanation. The social act offers stubborn mystery and the rhetorical force of mystery. All senses are called to attention as the mystery forces the viewer to hear and be in a new moment—bracketing the preconceptions carried before and receiving a gift of the other.

The hand rises to protest. We proclaim solidarity with those with whom we wish to build community. We do not run from this responsibility.

I need to imagine you—what it will be like when you stand there looking at it.  From behind it appears as a picture of itself. Like spinning, like flying overhead and water, through the cloudy --even though there was nothing fancy about it/ the comparisons had already been made—Then came the crash.

The moment we saw how to dwell in the house of isolation --everything left alone on the road, without help, bleeding. Witnesses reported a boom and then the sound of glass. Broken sounds, falling, laughter, and shrieking wheels and muffled pain. Traffic was never the same. Memories of each pass through the territory brought tears. Take a test and see how far back these pictures can hold. Breaks and consumption of the breaks by photography is allowed for ceremonial purposes. Into these eyes the bottom floats away. No comfort can be found. The most recent compositions reveal surrender. But no forgiveness.

The records of identity have long become just another casualty of war. When we link arms and march through the corridors without refraining from irrational bursts of ecstasy, the collective energy is felt throughout the area. The image of a mass of individual joined in common purpose captured in faded photographs hides a terrifying violence. This is the urge to create—to think deeply about our bodies and regret the lack of evidence for hope. Deep in the background of the history paintings of their memory lies a powdery surface. Dried pigment that no longer holds any responsibility for questions of causality or truth. Depending on the angle of vision, we will have to move the frame to accommodate the fullness of the unrelenting storm of history. This is the threat of the past. Details reach us in broken pieces. The totality of the unlicensed reproductions of these pictures fails. Beauty is an ugly thing. The long forgotten sound of Goya’s breath:

Putrid though the god's wishes
Are, we'll plow through more mad more
Of this contiguous meat and market
Type thing, this headlong thrust into
The unknowable that we'd like to be able to call
The good life, mindful of the ways
Which prevent access to disguised places holding
Flashing bright creamy secrets, without
Wondering why the light's burnt out,
Why the end always seems so near,
Or why the sweet taste of laughter cleanses.

Unpacking My Library from Stephen Lapthisophon on Vimeo. 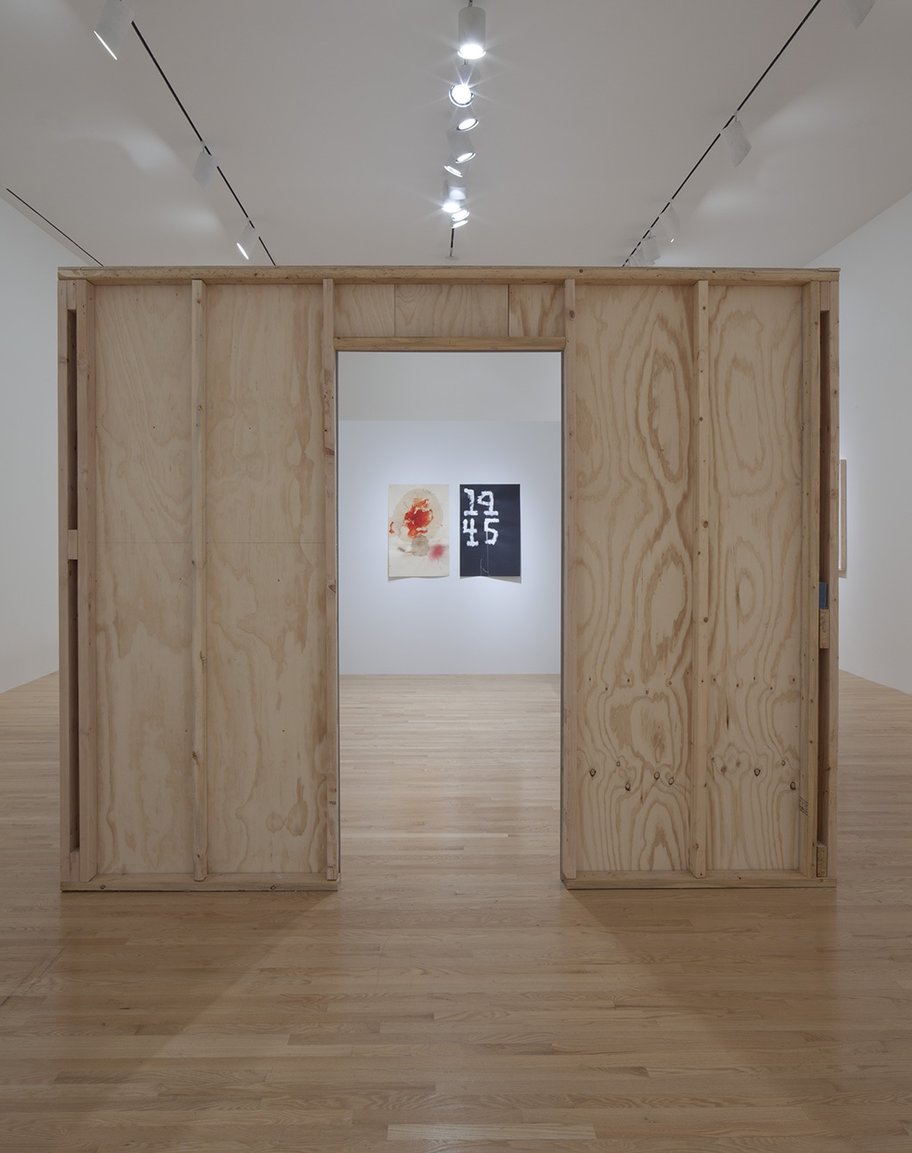 Stephen Lapthisophon is an American artist and educator working in the field of conceptual art, critical theory, and disability studies. Lapthisophon received his MFA from the School of the Art Institute of Chicago in 1979. His early work combined poetry, performance, sound art, and visual arts with postmodern philosophical concerns. He was also influenced by the legacy of the Situationists, who sought to make everyday life a focus of artistic activity. Lapthisophon has taught at Columbia College in Chicago, the School of the Art Institute, and the University of Texas at Dallas. He currently teaches art and art history at The University of Texas at Arlington.--https://en.wikipedia.org/wiki/Stephen_Lapthisophon
﻿