Dérive for Seoul (2016-17) is presented by artists, Dahn Gim and Lisa Myeong-Joo. Though transient, the pair decided to get together in the Winter of 2016, to begin a series of durational performances beginning in South Korea. As the title may suggest, the artists traversed the city on foot, using “playful-constructive behavior and awareness of psychogeographical effects”1  to explore their feelings of dislocation, relocation and ambivalence in and towards Seoul. 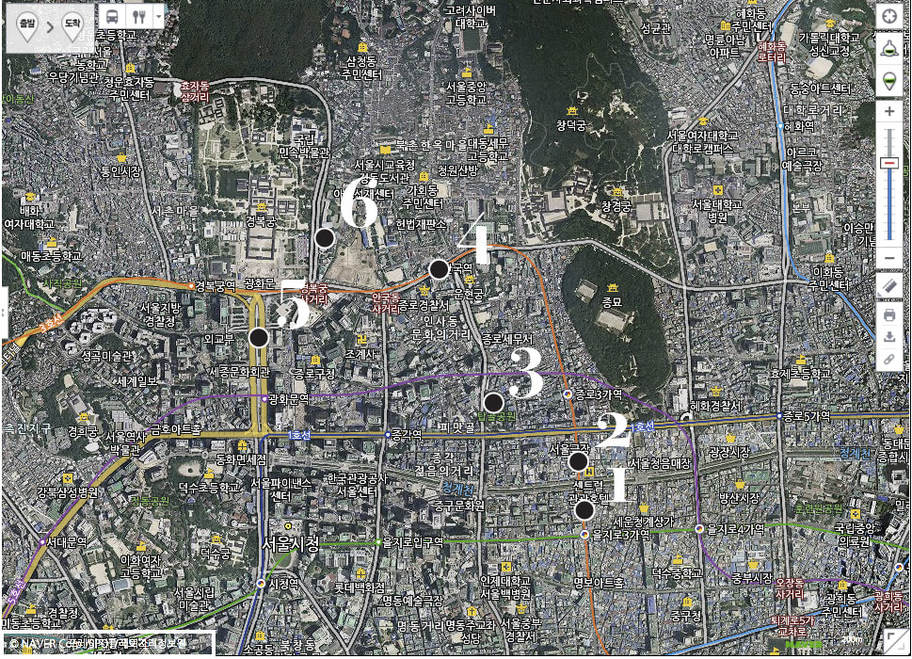 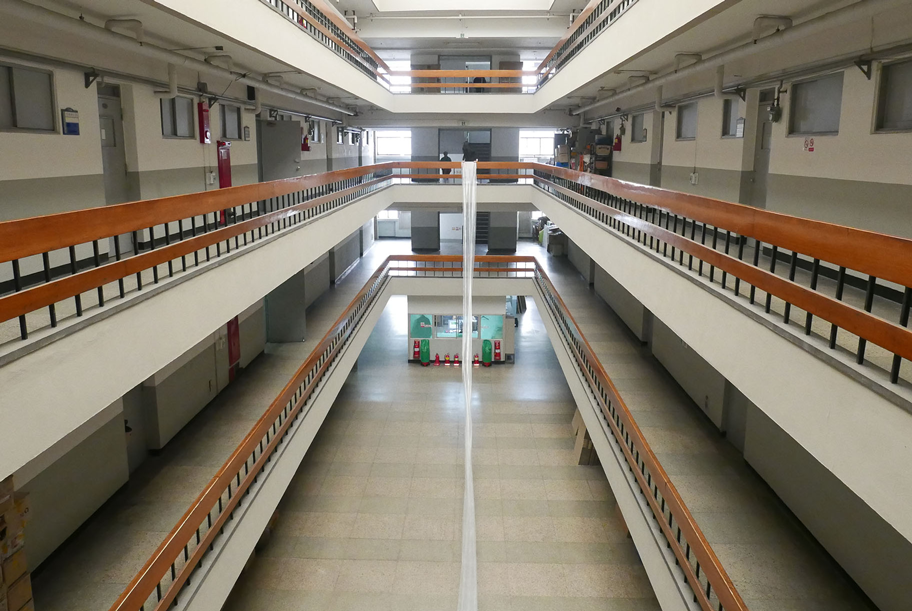 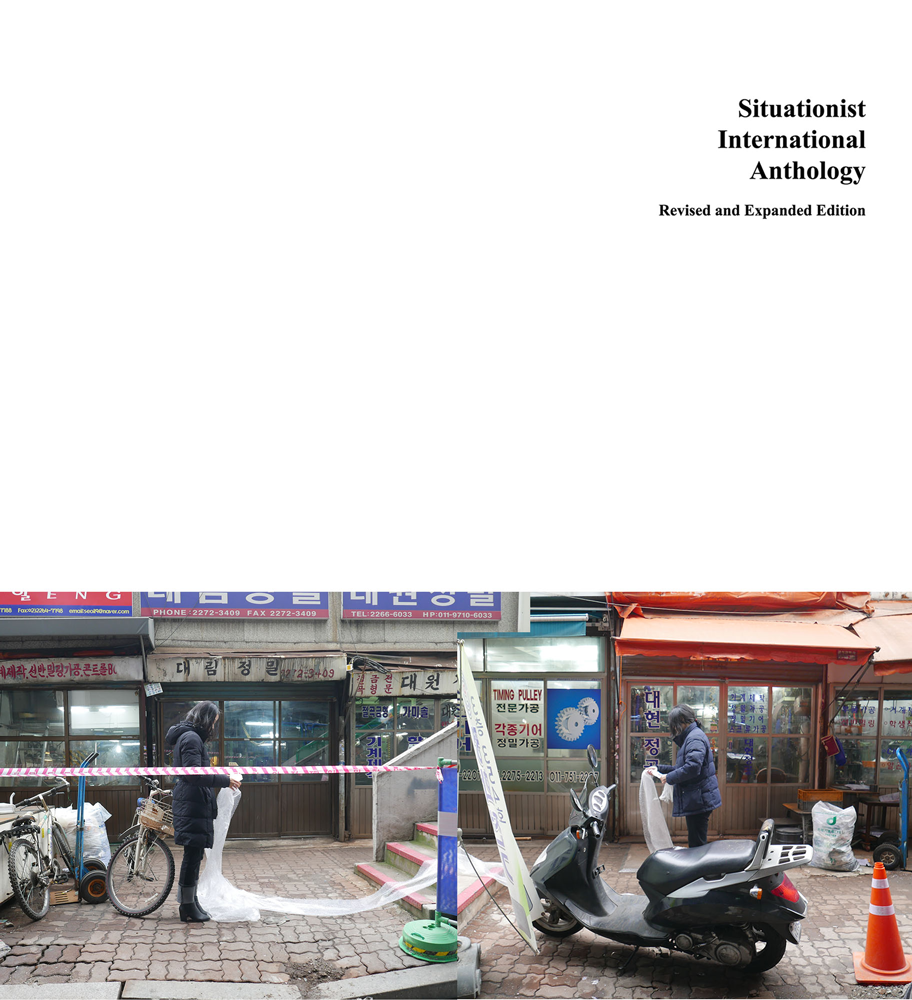 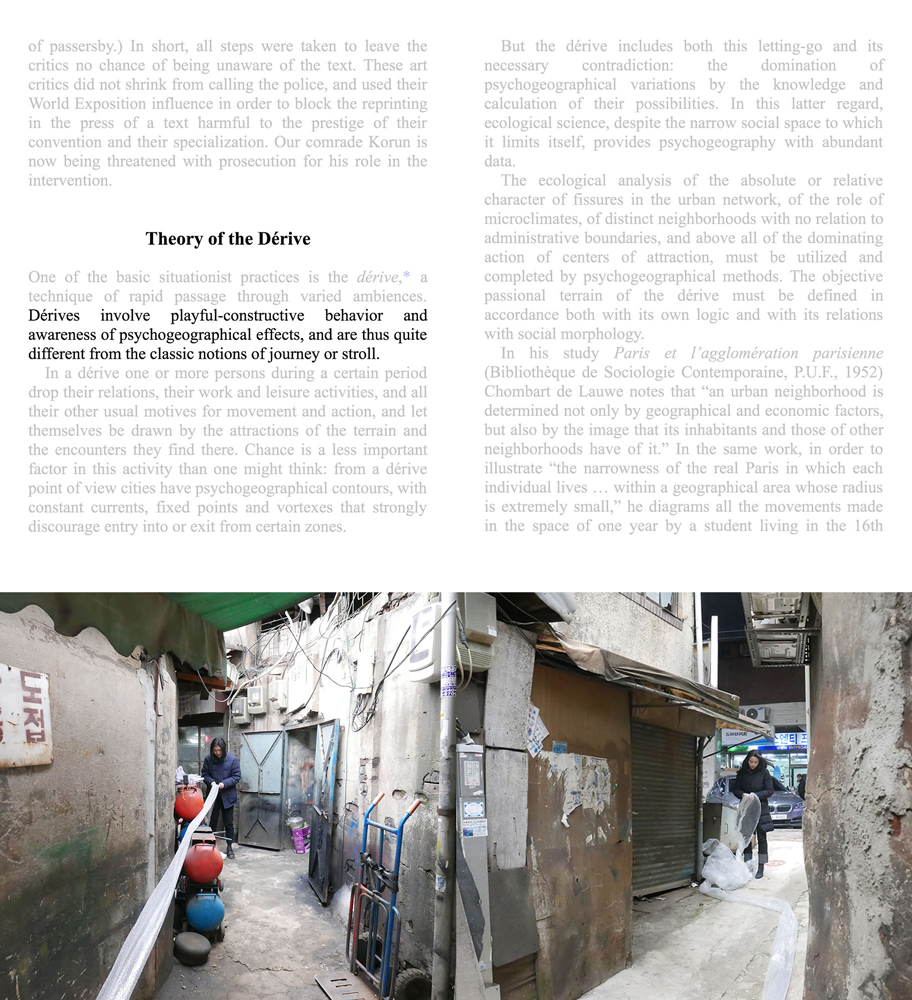 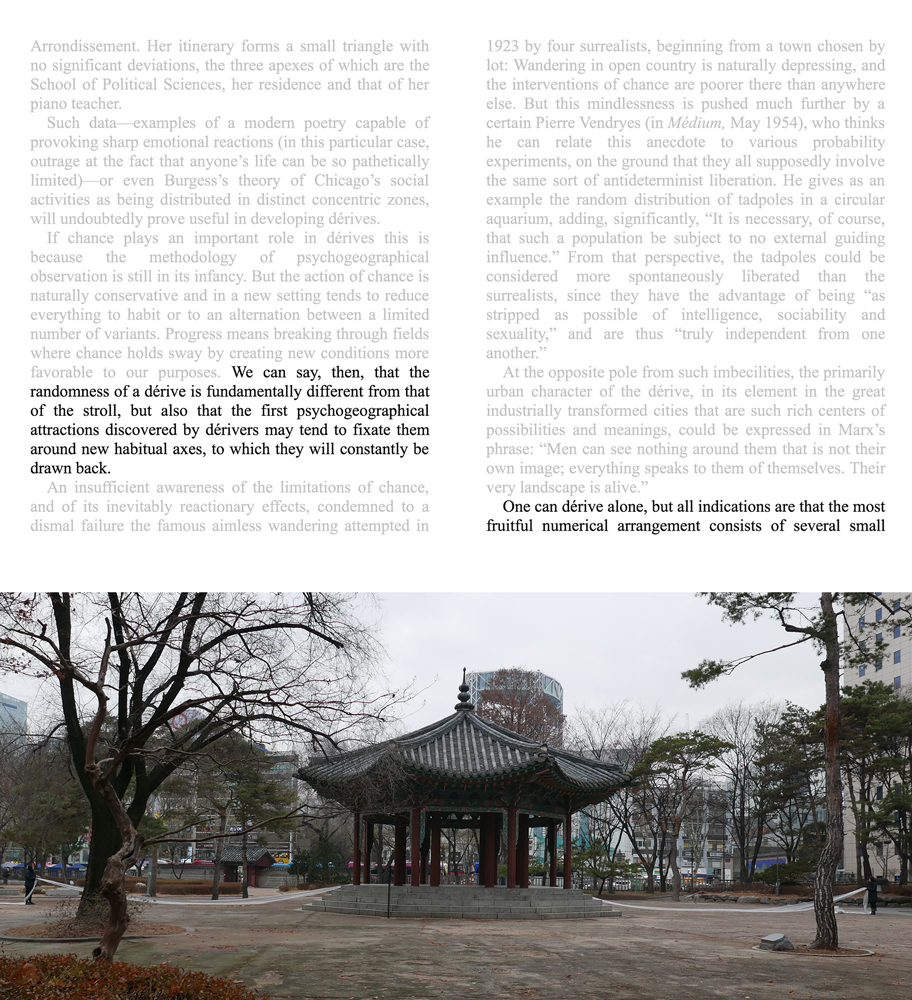 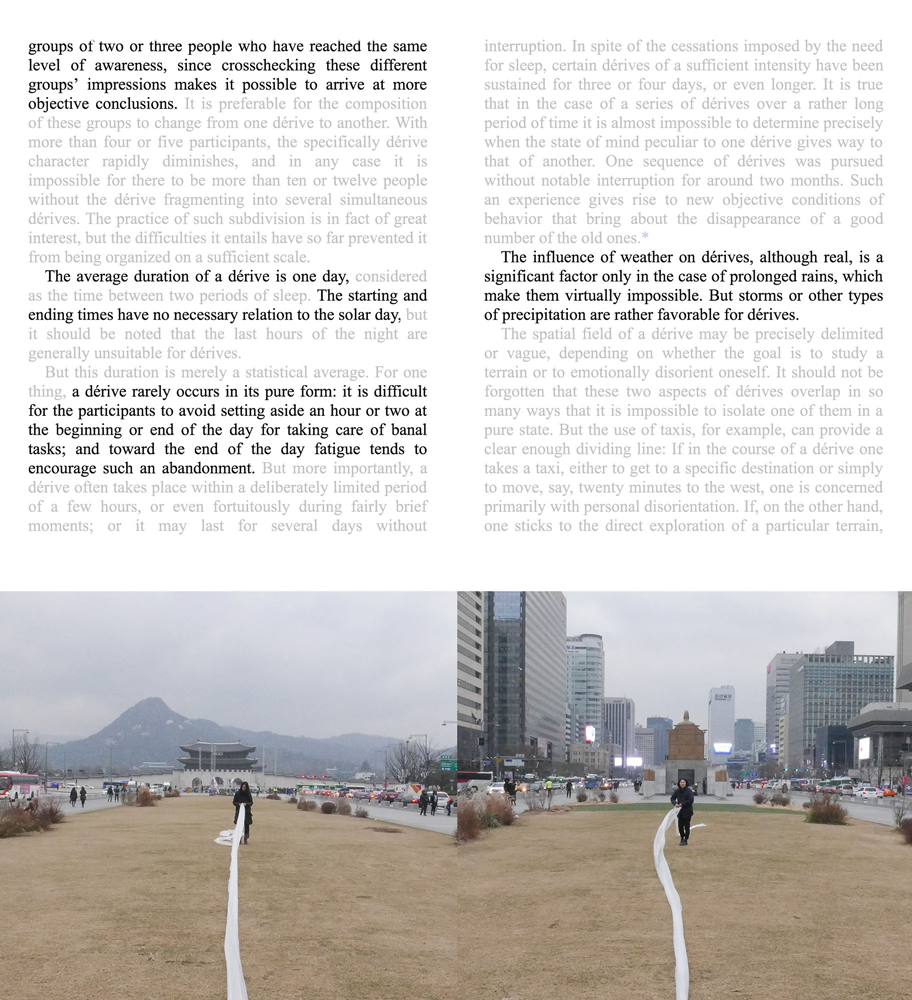 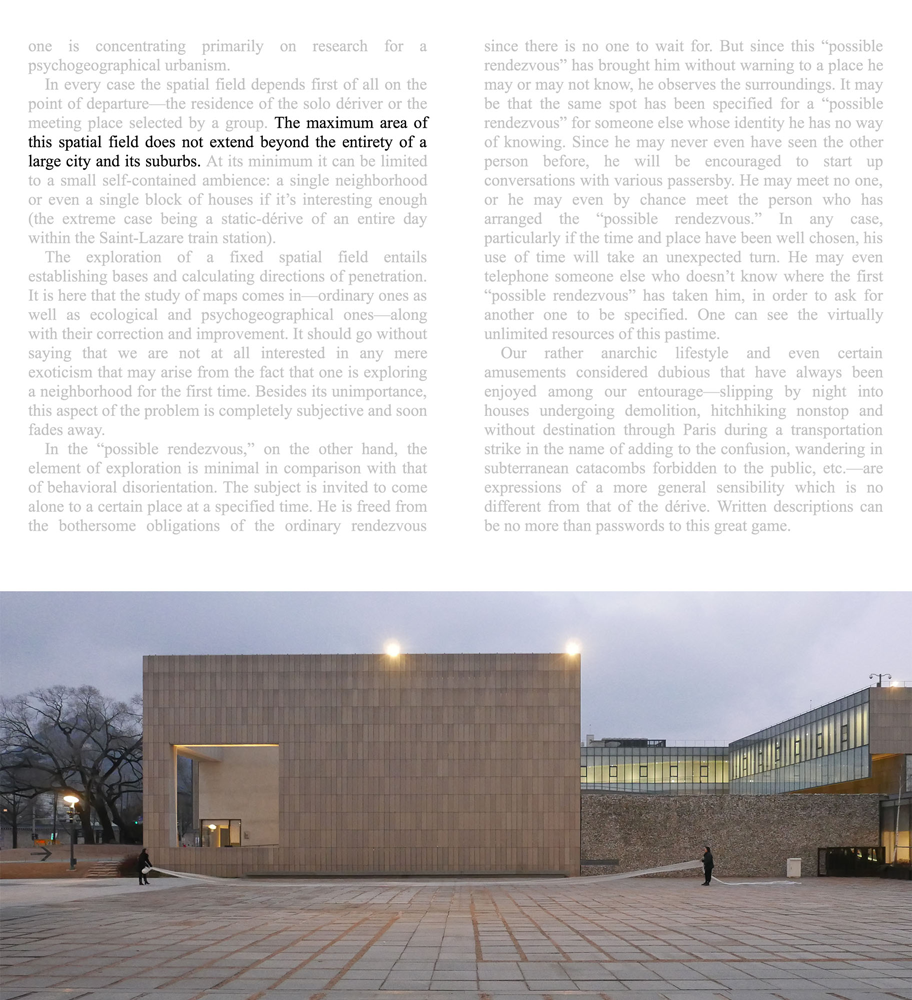 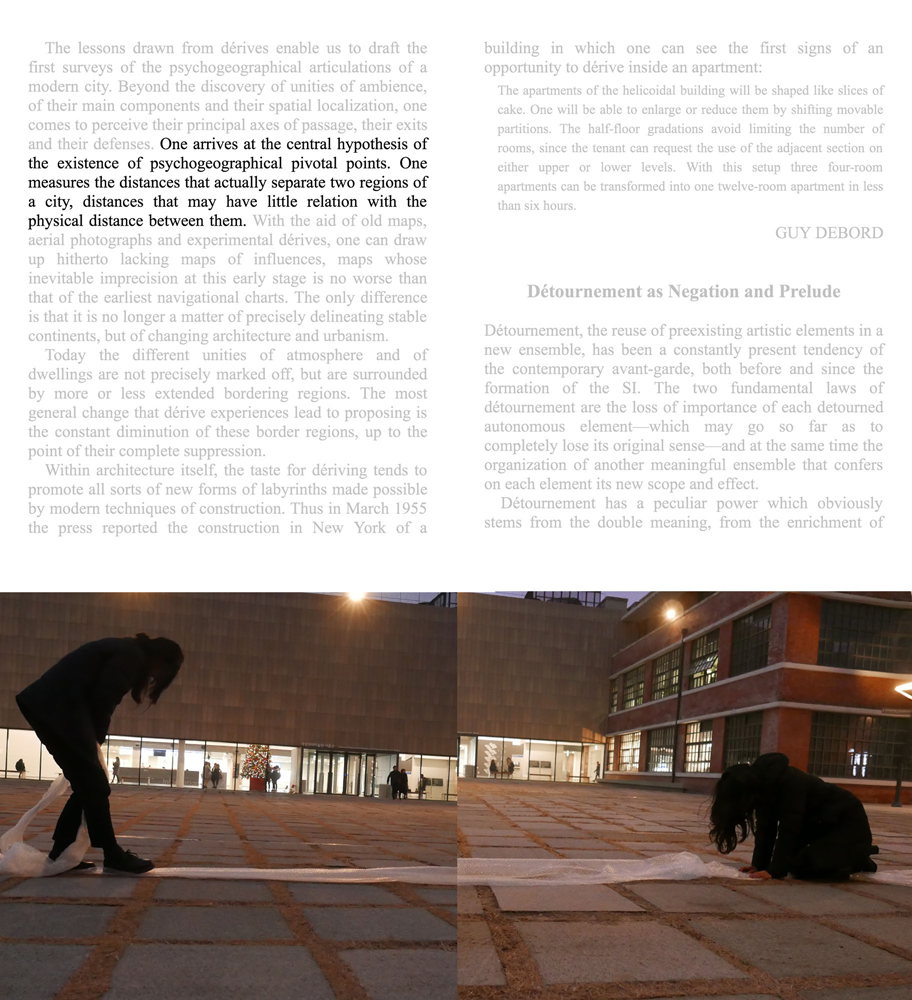 Dahn Gim was born in Busan, raised in Toronto and now lives and works in Los Angeles. Gim explores a wide range of media and techniques to create her work such as sound, video, textile, drawing, digital prints, sculpture, and performance. Often, ‘humor’ plays a key role to arouse the audiences' imagination and encourage them to voluntarily participate in her participatory performance. Gim’s recent works examines found objects, reimagining and/or contemplating their forms to separate from their function to create a new ideas that are mythical and fantastical beings.

Lisa Myeong-Joo was born in Seoul in 1988, and was adopted by an Australian family in 1989. Her artistic practice is often performative, reactive and repetitive involving the re-arrangement of symbol, language and gesture in her search for the universals of the everyday. Over the past three years, Lisa has spent time back in her home country where she completed a residency at the MMCA in Seoul, and most recently at Kriti Gallery, Varanasi in 2017.