For almost four years now I have sewn life-size figures out of old bed sheets and stuffed them with junk mail and newspaper. I often think about how the body and mind “digest” material culture and information, also about physical and psychological displacement. This particular work, which is a pile of bodies, addresses themes of precarity, violence and the materiality of flesh.

I picture this sculpture on the edge of a mountain while eternal forces bare witness. 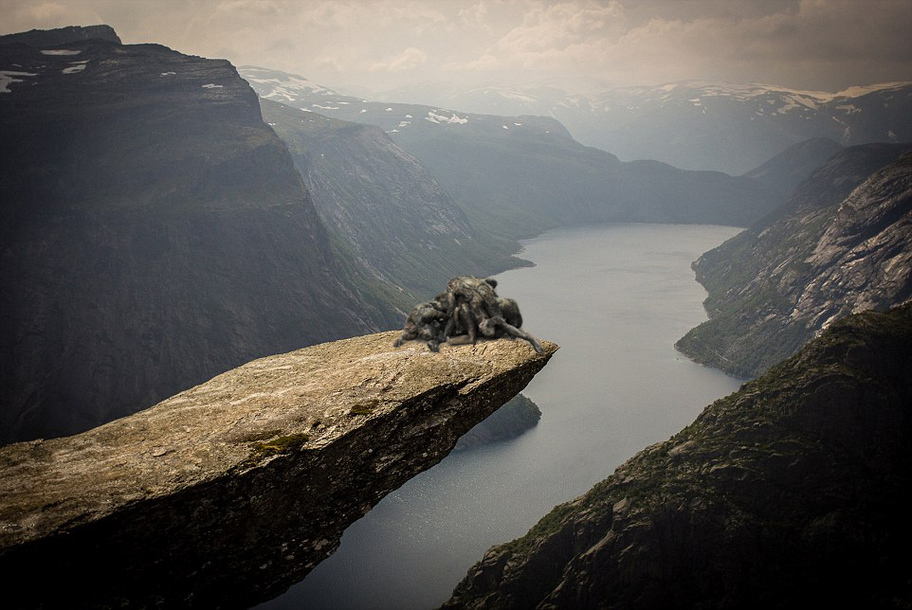 Gudrun Lock's work addresses themes of garbage, precarity, materiality and the body. She often uses found materials and relies on the narrative form as a mechanism for disseminating ideas. She has collaborated profusely with local individuals as well as established artists on projects ranging from the loss of public spaces in the United States to oil pipeline conflicts. She has installed her work in foreclosed homes, storefronts, bars, a houseboat and a soon-to-be demolished apartment building as well as in Union Square Park, the Atlantic Ocean and a hole in her backyard. Her video work has been shown at the Montréal Underground Film Festival, on Minnesota Public Television and at the Tweed Museum of Art in Duluth, Minnesota, as well as at the Feminist Art Conference in Toronto, Canada. She is a recipient of the Minnesota State Arts Board Artist Initiative Grant in 2016.